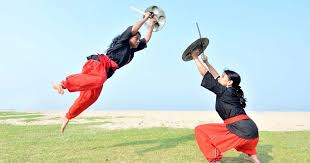 The retreats will take place at Yoga Maithri in Kochi India.

Kalaripayattu - The Orient's treasure trove, a gift to the modern world and the mother of all martial arts. Legend traces the 3000-year-old art form to Sage Parasurama- the master of all martial art forms and credited to be the re-claimer of Kerala from the Arabian Sea.Kalaripayattu originated in ancient South India. Kung- fu, popularized by the monks of the Shoaling Temple traces its ancestry to Bodhi Dharma - an Indian Buddhist monk and Kalaripayattu master.

Marmashastram and massage - It is claimed that learned warriors could disable or kill their opponents by merely striking the correct marmam (vital point). This is taught only to the most promising and level-headed persons, to discourage misuse of the technique. Marmashastram stresses on the knowledge of marmam and is also used for marma treatment (marmachikitsa). This system of marma treatment comes under siddha vaidhyam, attributed to the sage Agastya and his disciples. Critics of kalaripayattu have pointed out that the application of marmam techniques against neutral outsiders has not always produced verifiable results.

The accommodation is at Salamath Homestay . The distance between yoga center and salamath homestay is 300 meters.

Three time meals are included which are organic and vegetarian. 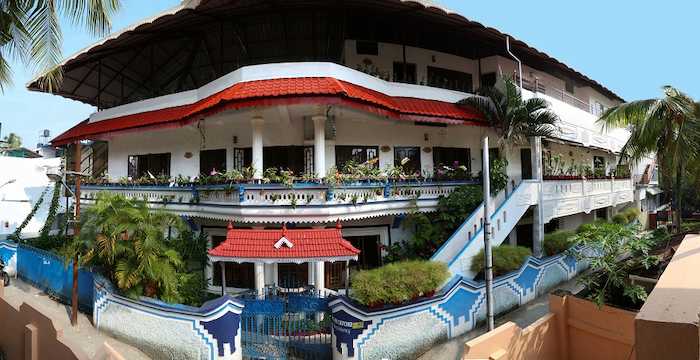 Yoga Maithri Lali, is an invitation to radiate health and joy in all facets of your life.

Our vision is to transform lives through spreading inspiration, love, joy, connection and optimal health with the teachings of yoga, and a vibrant community of learners who wish to live life in a healthy, joy-filled way.We look forward to welcoming you in to our community!